skip to main | skip to sidebar

Easter festivities began with our church having a community wide egg hunt.  We usually join the big one in Jenks that is put on by another church in town, but this year, having a new facility and trying to do a lot of community outreach, we had our own!  There were TONS of people there despite the rain which forced us to move it inside.  Oh well, the kids still had fun!  There were games and inflatables, and of course candy-filled eggs!  AND LOTS! 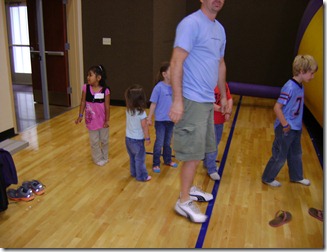 Had to put the above picture in there…it’s hard to see, but I wanted to document this rare moment of Bailey letting Avery hold her hand.  So sweet.  I love it! 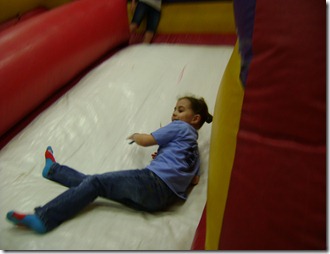 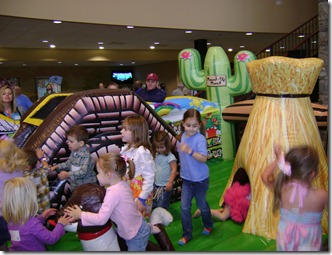 They broke the kids up by age groups and let them fill their baskets with as many eggs as they could carry!  It was crazy how many eggs were there. 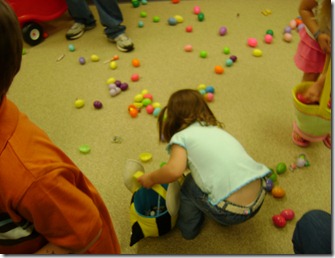 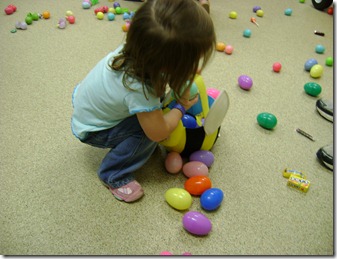 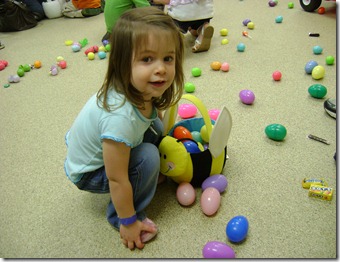 Avery stuffed as many eggs in as she could! 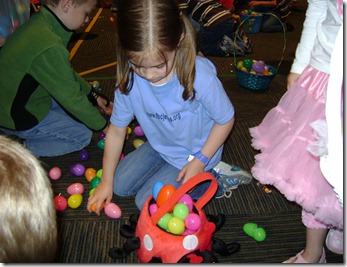 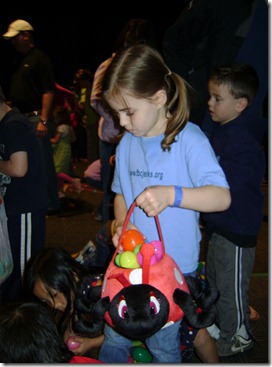 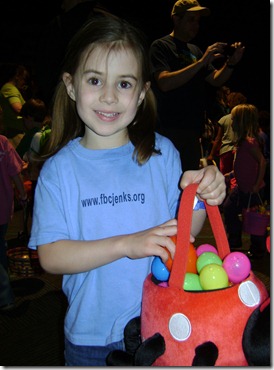 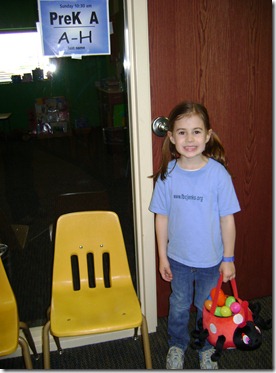 I had to take a picture of her by her Pre-K Sunday School class.  Her class was so big that they outgrew the preschool area and got moved upstairs with the K-6th graders!  And they had to split the PreK into two different classes by last name.  Insane!  There were like almost 30 Pre-K kids in there at times.  She loves going to church and asks frequently how many days until church day.

Later that night, we dyed Easter eggs.  I am not a fan of this at all, but I hate to rob my kids of the fun because they love it.  Here are some silly pictures from this activity.  For some reason, Bailey was in a VERY silly mood! 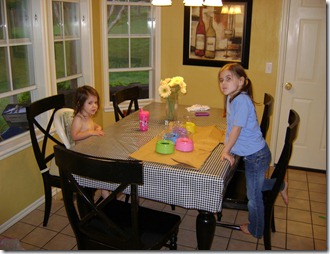 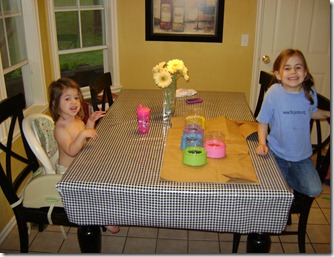 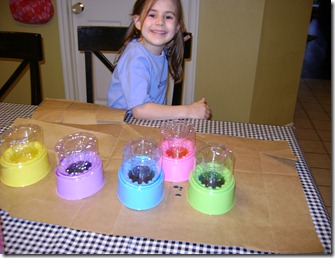 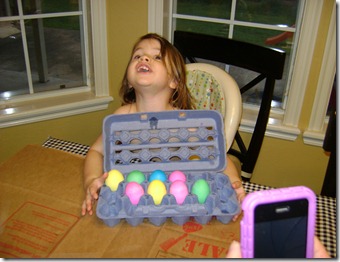 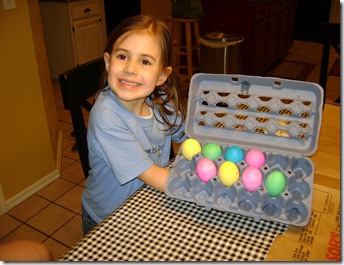 I think it was later that night or maybe the night of Easter that Avery and I went through the resurrection eggs where I tell her every part of the story of Jesus being crucified and rising from the dead.  She is so smart and is able to tell me pretty much the whole story herself.  I am always amazed at what she retains and is able to retell me later.  Even a year later!

Here are the girls getting their Easter baskets on Easter morning.  We do not do the Easter bunny around here.  I just feel like this holiday is too important to our salvation (well, hello, the whole reason for our salvation!) to throw a big bunny in the mix!  There are enough distractions as it is.  So they know that getting a basket with a few presents in it on Easter is celebrating that Jesus is alive!  These pictures are pretty bad, but they each got a new plate, water bottle, a notebook and new markers/crayons, and a new chair each for outside.  No more fighting over the one falling-apart kid-sized chair that we had out there! 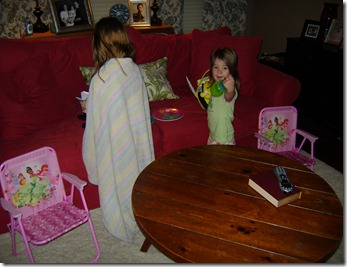 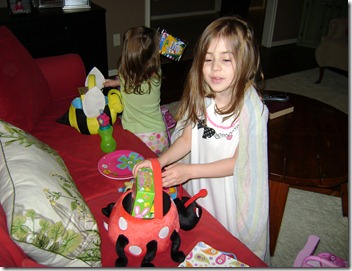 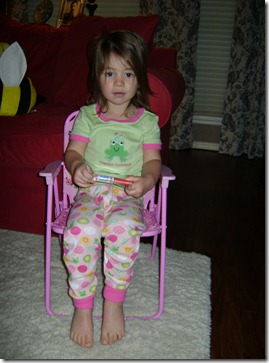 After getting ready, we went for some family pics…oh the joys of trying to get a family pic with a camera using the timer and a half-broken tri-pod!  Fun times I tell ya. 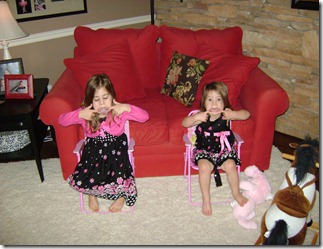 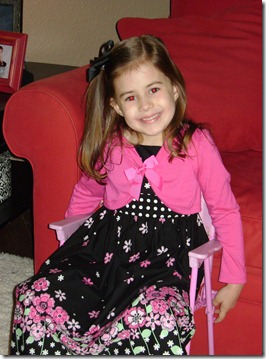 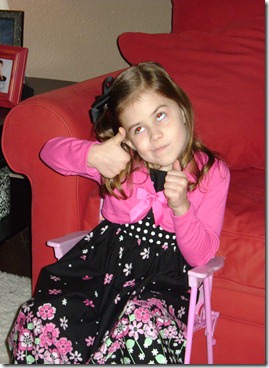 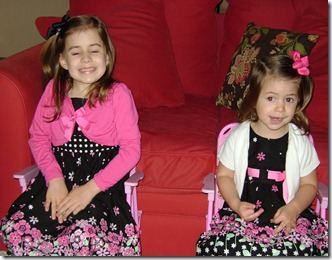 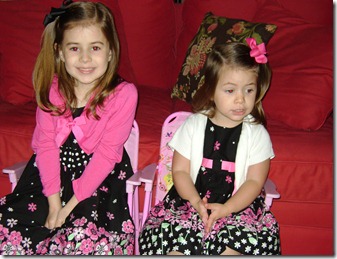 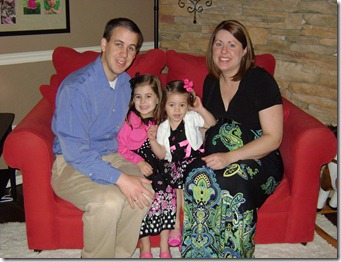 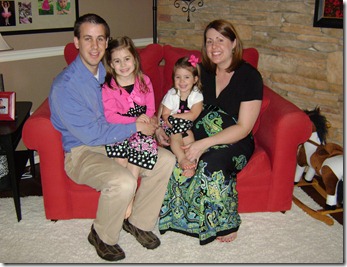 Thanks for sharing your sweet family photos and stories!! I have so many things I want to blog, but for some reason my blog won't upload pics for the past 2 weeks and if it does, it eats the entire post when I publish!!! It's a great time to get caught up, before we both get really behind! Hope you are feeling well!

The Alexanders
We are a systems analyst Daddy, work-at-home Mommy, grown up 5-year-old daughter, busy 2-year-old girl, and almost born new baby brother which completes our family of 5!